Being organized since the year 2001, Girimitra Sammelan has been attended by world-class Mountaineers, Climbers and other eminent personalities, not only from India but from other parts of the world too including New Zealand, Switzerland, Austria, Nepal and so on. The event is attended enthusiastically by about a thousand adventure lovers. The sessions consist of award presentation, discussions/interviews, film shows, photo exhibition and so on.

Please fill-in this form to register your offline donor passes.

As of 9 AM on 6th June 2019, online booking for the donor passes is live. Please visit this page for further details.

For latest news and updates, please join this WhatsApp group.

Central theme of this year's Girimitra Sammelan is Pioneers in Mountaineering.

Man has always been climbing mountains, be it pilgrimages, territorial conquests, trade and commerce. Michael-Gabriel Paccard and Jacques Balmat’s 1786 climb of the Mont Blanc in the Alps Mountain Range, for a reward, is the first known instance of mountain climbing the way we know it today as a hobby or a passion. In the latter half of the 19th century, in 1854, Wetterhorn was climbed by English mountaineer Sir Alfred Wills. This is when Alpinism took shape in Europe with formation of The Alpine Club in 1857, in the UK. Around 1892, mountaineering came to the Himalayas and the first known expedition in the Karakoram ranges was organised by William Martin Conway. The early 20th century saw mountaineers attempting to climb the mighty Everest. Finally in 1953, Sir Edmond Hillary and Sherpa Tensing succeeded in climbing the world’s highest peak, which introduced Indians to the sport of mountaineering. Maharashtra quickly took interest in the sport and it was adopted very well here.

It has been a journey of 233 years now, starting with the successful ascent of Mont Blanc in 1786 and we’ve seen a lot of mountaineering activities with exciting and sad outcomes. Initially, the sport carried neither any prestige nor recognition. In the early years, after the Matterhorn expedition accident in 1865, it was demanded in the British Parliament that the sport be banned by law. But, the mountaineers at that time did not pay any heed to such demands. They kept climbing, exploring new routes and places. Not all the endeavours were successful, there were some failures but mountaineering as an activity did not stop. There were stalwarts who left a lasting impression on the sport and answered questions in their own way. There was neither any competition nor any enmity.

The tools and technology have changed a lot over the years, from bulky stuff early on to slick equipment now made of lightest materials. However, the path that has been laid by these pioneers still holds true and the same thread connects today’s mountaineers to the pioneers. There are various angles and philosophies such as Art Critic and painter John Ruskin’s “Mountains are the beginning and the end of all natural scenery”, George Mallory’s retort “Because it’s there”. Last but not the least there is a famous proverb, “Nothing ventured, nothing gained”.

At times, the journey proved fatal, at times joyful but it never stopped because of the strong intent of the determined mountaineers who treaded on the path less travelled. The journey that started for claiming a reward has now reached a stage where people are going in the mountains for personal joy. Often times, this journey, has enlightened mankind and has taught life philosophy. It is essential for us, as mountaineers, to understand these formative steps and hence, “Pioneers in Mountaineering” (गिर्यारोहणातील अध्वर्यू) is the central theme of the 18th Girimitra Sammelan.

A veteran mountaineer, one of the pioneers in 'Alpine' style climbing and current President of The Alpine Club (world’s first mountaineering club founded in 1857 in the UK). More Info 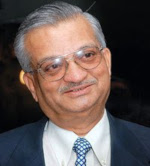 Distinguished Explorer of the Himalaya and Sahyadri, Author and Former editor of 'The Himalayan Journal'. More Info

We are collecting information about rock climbing & Himalayan expedition details for this year, from 1st July 2018 to 30th June 2019.

Please download the files, fill-in the required details and submit your details here. Note that, Google sign-in is required to submit the form.

In the words of revered Mountaineer Mr. Sharad Owalekar the award is more of an appreciation from my mountaineer friends than just an award. Felicitation of a mountaineer by mountaineers!.

Various competitions such as photography, audio-visual and so on, are held every year. View important details like Entry Form, Rules and Regulations, Last Date, contact information, etc.

Links showing images, videos, blog entries displaying Girimitra Sammelan being mentioned by print media, social media and others. Be prepared for a visual treat and lot of information.

An American by birth, John Porter climbed as a teenager in the White Mountains of New Hampshire, before serving his mountain apprenticeship in the Rockies and Yosemite.

After studying at the University of Oregon, he went the UK to do post graduate studies at the University of Leeds. There he climbed with the leading activists of the day - Brian Hall, Roger Baxter Jones, Al Rouse, Alex MacIntyre, Peter Boardman, Joe Tasker, John Syrett and many more from America and Europe.

In more recent years, there were further new routes and climbs during trips to Garhwal (Kedar Dome), Karakorum (Chong Kundam 1 and 5), Tibet (Sepu Kangri) and Greenland.

He lives with his wife and two daughters in Caldbeck and works as a consultant in energy supply chains. In his spare time, he has been involved in many mountain culture projects, creating the Kendal Mountain Festival in 1980, the Mountain Heritage Trust in 1999 and SteepEdge.com. in 2009.

His biography of MacIntyre One Day as a Tiger published by VP in Sept. 2014 won the Grand Prize at the Banff Mountain Book Festival that year. It is the first book by a mountaineer to be shortlisted for the Times Cross Sports Book of the Year. It is now published in eight languages. John is the current President of the Alpine Club and an Honorary Fellow at the University of Cumbria.

After graduating from VJTI in Mechanical Engineering joined the Bhabha Atomic Research Centre (BARC) in 1964, following the one year post graduate Training with top rank in Nuclear Science and Technology in the then Atomic Energy Establishment.

He became the Director of Bhabha Atomic Research Centre (BARC) in the year 1996 and was the Chairman, Atomic Energy Commission and Secretary to the Government of India, Department of Atomic Energy for the period from 2000 to 2009.

Dr. Kakodkar has worked for the development of the atomic energy programme in throughout his professional life. He has innovative contributions to human resource development activities like establishment of NISER (National Institute of Science Education and Research), DAE-Mumbai University CBS (Centre for Basic Sciences) and HBNI (Homi Bhabha National Institute). He is a part of many high level, advisory committees in the fields of energy, education and societal development.

Harish Kapadia (born 11 July 1945) is a distinguished Himalayan mountaineer, author and long-time editor of the Himalayan Journalfrom India. He has been awarded the Patron's Medal of the Royal Geographical Society, the Life Time Achievement Award for Adventure by the President of India and the King Albert Mountain Award presented by The King Albert I Memorial Foundation. He has written numerous books and articles on the Indian Himalayas.

Total peaks climbed are 33, out of which, first ascents were on 21 peaks.