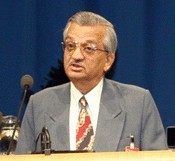 An American by birth, John Porter climbed as a teenager in the White Mountains of New Hampshire, before serving his mountain apprenticeship in the Rockies and Yosemite.

After studying at the University of Oregon, he went the UK to do post graduate studies at the University of Leeds. There he climbed with the leading activists of the day - Brian Hall, Roger Baxter Jones, Al Rouse, Alex MacIntyre, Peter Boardman, Joe Tasker, John Syrett and many more from America and Europe.

In more recent years, there were further new routes and climbs during trips to Garhwal (Kedar Dome), Karakorum (Chong Kundam 1 and 5), Tibet (Sepu Kangri) and Greenland.

He lives with his wife and two daughters in Caldbeck and works as a consultant in energy supply chains. In his spare time, he has been involved in many mountain culture projects, creating the Kendal Mountain Festival in 1980, the Mountain Heritage Trust in 1999 and SteepEdge.com. in 2009.

His biography of MacIntyre One Day as a Tiger published by VP in Sept. 2014 won the Grand Prize at the Banff Mountain Book Festival that year. It is the first book by a mountaineer to be shortlisted for the Times Cross Sports Book of the Year. It is now published in eight languages. John is the current President of the Alpine Club and an Honorary Fellow at the University of Cumbria.

After graduating from VJTI in Mechanical Engineering joined the Bhabha Atomic Research Centre (BARC) in 1964, following the one year post graduate Training with top rank in Nuclear Science and Technology in the then Atomic Energy Establishment.

He became the Director of Bhabha Atomic Research Centre (BARC) in the year 1996 and was the Chairman, Atomic Energy Commission and Secretary to the Government of India, Department of Atomic Energy for the period from 2000 to 2009.

Dr. Kakodkar has worked for the development of the atomic energy programme in throughout his professional life. He has innovative contributions to human resource development activities like establishment of NISER (National Institute of Science Education and Research), DAE-Mumbai University CBS (Centre for Basic Sciences) and HBNI (Homi Bhabha National Institute). He is a part of many high level, advisory committees in the fields of energy, education and societal development.

Harish Kapadia (born 11 July 1945) is a distinguished Himalayan mountaineer, author and long-time editor of the Himalayan Journalfrom India. He has been awarded the Patron's Medal of the Royal Geographical Society, the Life Time Achievement Award for Adventure by the President of India and the King Albert Mountain Award presented by The King Albert I Memorial Foundation. He has written numerous books and articles on the Indian Himalayas.

Total peaks climbed are 33, out of which, first ascents were on 21 peaks.